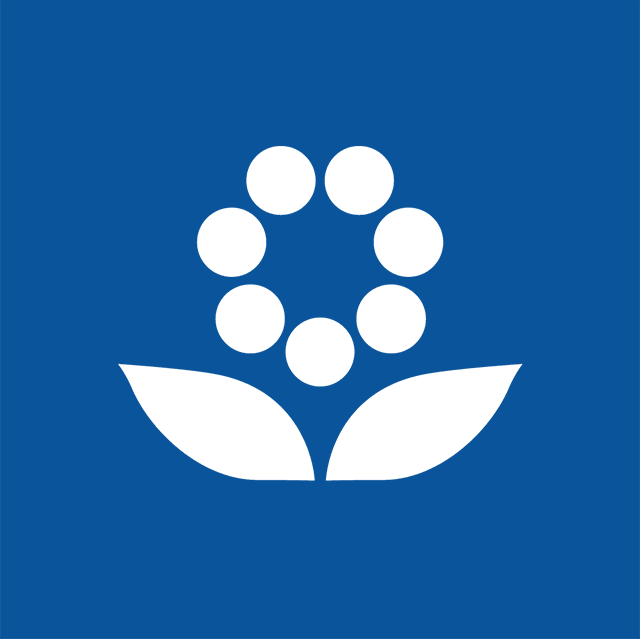 During Forum of Russian and Brazilian Councils of Entrepreneurs, Andrey Guryev proposes the creation of a joint carbon exchange

MOSCOW, Feb. 17, 2022 /PRNewswire/ -- During a Forum of the Russian and Brazilian Councils of Entrepreneurs, Andrey Guryev, Chairman of the Russia–Brazil Business Council CEO of PhosAgro, proposed the creation of a joint carbon exchange and invited his Brazilian counterparts to join the Green Club of producers of agricultural products free of harmful substances.

The Forum took place on 15 February, the day before a meeting between Russian President Vladimir Putin and Brazilian leader Jair Bolsonaro. The Forum was attended by the heads of state and civic organisations from both countries as well as representatives of the Russian and Brazilian business communities. They discussed the current state of trade and economic relations between the countries as well as promising projects, the implementation of which will breathe new life into the development of business and investment cooperation between Russia and Brazil.

"Our Forum seems particularly valuable and timely, as it is taking place on the sidelines of an official visit by Brazilian President Jair Bolsonaro. I am confident that Brazil's leader will come away from his visit with a large portfolio of concrete business proposals from both countries, including as a result of the exchange of views at today's Forum," said Alexander Shokhin, President of the Russian Union of Industrialists and Entrepreneurs, in his opening remarks.

Andrey Guryev, Chairman of the Russia–Brazil Council of Entrepreneurs and CEO of PhosAgro, focused in his remarks on the significant growth in bilateral trade between Russia and Brazil in 2021.

"One third of all Russian trade with Latin America is with Brazil, our key partner in the region. The pandemic and lockdowns around the world caused a slight decline in bilateral trade in 2020. But we overcame this crisis by a wide margin. Right away, in 2021, trade between Russia and Brazil increased by 87% to USD 7.5 billion," said Mr Guryev.

He added that mineral fertilizers were Russia's main export to Brazil. For example, PhosAgro, one of the world's leading producers of phosphate-based fertilizers, supplied nearly 1.6 million tonnes of product to Brazil last year, a third more than the year before. This was the largest amount of PhosAgro fertilizers supplied to Brazil over the past 10 years.

Mr Guryev, Deputy Chairman of the Russian–Brazilian Intergovernmental Commission, proposed the creation of a working group on carbon neutrality.

"This could lead to the creation of a joint carbon trading platform with the goal of providing carbon credits to other carbon-emitting countries. The New Development Bank could serve as the basis for the initiative. I suggest that Russia and Brazil work together on the scientific and business fronts to show that they have a negative carbon footprint despite their mature industries. Given the possibility of carbon regulation in the EU, the US and later other nations around the world, this would give us an additional competitive advantage," said Mr Guryev in his remarks.

PhosAgro's CEO noted that, in the context of agriculture – the driving force behind Russia and Brazil's expanding trade – it is important to jointly develop and apply technologies for soil carbon sequestration. Furthermore, Brazil was invited to join the Green Club, a newly formed group of countries that use eco-efficient fertilizers to grow crops that are free of dangerous substances. The Brazilian part of the Council of Entrepreneurs supported the recommendations, which are to be submitted to the President Bolsonaro today during his meeting with representatives of Russian business.

The Chairman of Brazil–Russia Council of Entrepreneurs, Marcos Molina, called Russia and Brazil "leading countries" in the global community, which imposes on both of them a special responsibility for the development of bilateral relations.

"First of all, relying on the business circles of both countries in various fields, in agriculture, in the pharmaceutical industry, we are fully responsible for developing and strengthening our relations, since we have all the opportunities and tools at our disposal for this," said Mr Molina.

Alexander Yakovenko, Rector of the Diplomatic Academy of the Russian Ministry of Foreign Affairs, focused on the importance of President Bolsonaro's visit in terms of the development of relations between the two countries. According to him, this event, including the Forum of the Councils of Entrepreneurs of Russia and Brazil, which was timed to coincide with the meeting of the leaders of the two countries, made it possible to gather in one place a "critical mass" of people who can take bilateral relations to a new level. Mr Yakovenko also pointed out the importance of political support for the work of the Councils of Entrepreneurs of Russia and Brazil on the part of the governments of both countries.

"I see this as a guarantee of successful work in resolving those issues that will facilitate the development of both trade and economic relations and political relations between our two countries," emphasised Mr Yakovenko.

Vladimir Ilyichev, Chairman of the Russian part of the Russian–Brazilian Intergovernmental Commission on Trade, Economic, Scientific and Technical Cooperation, welcomed the fact that, as of 2021, bilateral trade was on a sustainable growth path.

At the same time, he noted that the potential for economic cooperation was still far from fully realised: "The current level of trade between Russia and Brazil does not exhaust the capacity of our countries' economies, so it is necessary to increase trade volumes by diversifying counterdeliveries and increasing the share of high-value-added products, while also stepping up our project activities."

In addition, Mr Ilyichev expressed hope for constructive dialogue with Brazil in order to remove existing trade barriers that hinder the development of cooperation.

Augusto Pestana, President of the Brazilian Export Development Agency, Apex Brasil, stressed the importance of both trade and joint investment projects for the development of economic cooperation between Russia and Brazil. He noted that cooperation in the field of agriculture is fundamental here, and also highlighted the importance of implementing projects in the field of infrastructure and energy. According to him, it is necessary to proceed from the strategic directions of relations, which, in particular, will be determined during the visit of Brazilian President Bolsonaro.

"It is also important to note the work of the two chairmen of the Councils of Entrepreneurs of Russia–Brazil and Brazil–Russia: Mr Andrey Guryev and Mr Marcos Molina. They determine the size and scope within which our economic development and cooperation will expand," said Mr Pestana.

Veronika Nikishina, CEO of the Russian Export Center (REC), noted the importance of supporting Russian export-oriented businesses operating abroad, including in Latin America. She said that insurance coverage was provided in 2021 to exporters from this sector that enabled them to ship products to Brazil with deferred payments of USD 892.6 million. This concerns insurance for short-term receivables, which enables companies to reduce the risk of non-payment by a foreign buyer.

"Our KPI is to help exports, and we are very interested in expanding the arsenal of support measures that will be in demand on the part of Russian exporters and their Brazilian buyers. We wish everyone success, and we want export records to increase considerably in the coming years," said the head of the REC.

Konstantin Savenkov, Deputy Head of the Federal Service for Veterinary and Phytosanitary Surveillance, expressed interest on the part of Russia in diversifying reciprocal supplies and balancing trade with Brazil. As a result of efforts made over many years, he said, Russia won the right to supply agricultural products to the Brazilian market. At the same time, he called on Russian producers to increase grain supplies to Brazil, since volumes are still far below their maximum potential.

Vladimir Padalko, Vice President of the Chamber of Commerce and Industry of the Russian Federation, called for further acceleration in the expansion of trade and economic cooperation. In particular, he proposed holding a conference for Russian companies wishing to enter the Brazilian market in conjunction with the meeting of the Intergovernmental Commission scheduled for this year.

PhosAgro's main products include phosphate rock, more than 50 grades of fertilizers, feed phosphates, ammonia, and sodium tripolyphosphate, which are used by customers in 100 countries spanning all of the world's inhabited continents. The Company's priority markets outside of Russia and the CIS are Latin America, Europe and Asia.

PhosAgro's shares are traded on the Moscow Exchange, and global depositary receipts (GDRs) for shares trade on the London Stock Exchange (under the ticker PHOR). Since 1 June 2016, the Company's GDRs have been included in the MSCI Russia and MSCI Emerging Markets indexes.

More information about PhosAgro can be found on the website: www.phosagro.ru.